Circumstances can never hinder the success of a true businessman – Read the rise to fame story of a skillful visionary, Sybu Mathew! 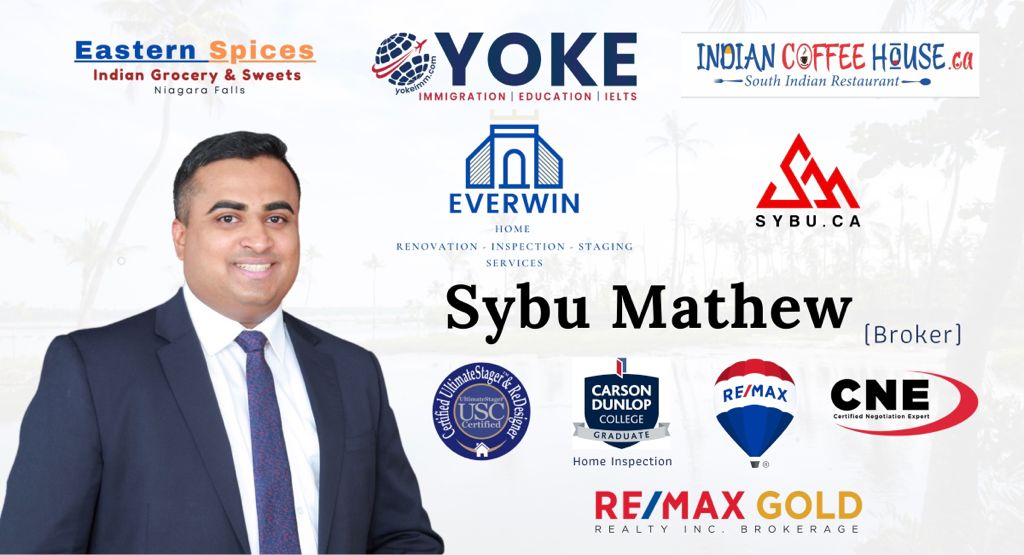 Mississauga: Sybu Mathew, hails from Chengannur in Kerala, a state located in the Southern region of India. Even as a boy, Sybu had a natural inclination towards entrepreneurship. After his schooling Sybu pursued his Degree to be a Mechanical Engineer from Rajas Engineering College in Nagercoil, Tamil Nadu. As a student, on noticing the demand among students for an educational consultancy, Sybu established the Everwin – Educational Consultancy Services and began to cater to the needs of aspiring students.

His degree in Mechanical Engineering fetched him a job in the Middle East in  2005. Over a span of half a decade till 2010, he shuffled among various renowned Petrochemical giants like Hindustan Petroleum, Shell refineries in Doha and other refineries at Abu Dhabi. In 2010, Sybu got married to Ms Liz and the couple decided to explore their life together on the shores of Canada. As a family, they moved to Canada in the year 2011. In Canada, the couple were also blessed with two lovely kids Emily & Leo.

Though Sybu’s passion always beckoned him to idealise a winning business model, to sustain themselves initially in the frozen land he stuck to his domain of working for an automobile company. Sybu also tried to remodel an Educational Consultancy in Canada initially, but the efforts did not turn fruitful as strategized.

In 2012, Sybu decided to enhance his skill set to the western world and took over a course in Home Inspection. While he was pursuing the course, he also got placed in an American military aerospace Manufacturing Firm.This added stability gave him all the vigor needed to pursue his dream. Soon after the completion of the course in 2013, he laid the foundation for his first entrepreneurial initiative in Canada – Everwin Home Inspection. Till 2017, he successfully managed his career and business with skill and prowess.

When everything seemed favourable, storms of uncertainty hit Sybu’s professional world. In 2017, since the American military aerospace manufacturer moved to its base to US, Sybu was laid off from his job. With the boom in real estate sector of Canada the home inspection mandate came to a close. Only a handful of clients opted for home inspection, this eventually reduced the existing demand for home inspection among the home buyers. This ripped him away from both his jobs. Sybu who possessed every attribute of a true businessman bounced back and did not let reality deter him. He had two options in his hand, either to pursue his career as a truck driver or lay bricks and begin a grocery store.

With these plans in mind, he sought the guidance of Mr Santhosh Mathew, who formerly owned a grocery store. Mr Santhosh, who was a realtor then, prompted Sybu with the idea of beginning his career as a realtor. He also advised him to complete his Realtor Eligibility Exam to begin his career in the Real Estate Domain. The idea gave him a boost of confidence and he initially started off as a part- time realtor. Eventually, after acquiring enough experience in the field, in 2018, Sybu ventured in as a full-time realtor and associated himself with a real estate firm – ‘Remax Gold’. As he mastered the trade, Sybu set foot to develop his own brainchild initiative – ‘Everwin home renovation, inspection and staging services‘, which offered services such as buying home & apartments, redesigning them and then later selling it. He also scaled up his enterprising initiatives by kicking off ‘Indian Coffee House at Niagara. On the other hand, his wife Ms Liz also acquired the certification and eligibility to practice as an immigration consultant which was dream come true for the budding entrepreneur. This led the couple to kick-start a fresh initiative of offering immigration services via Yoke immigration consultancy services. He began to explore new horizons of business opportunities as well. Sybu is also a stake holding business partner in ‘Eastern Spices‘ Grocery & Meat Shop now. Sybu with his adept in startup initiatives is also planning on the inception of a state of the art ‘Coaching Program’ in the near future. This coaching initiative aims at equipping candidates in entrepreneurial and management skills.

Having reached the pinnacle of success as a self-made businessman, Sybu is a true inspiration to every aspiring businessman. Hardships and uncertainties can rock your boat of confidence, but a determined entrepreneur will sail strong through it all. Sybu’s advice to every amateur business person is “to chase his/her dream”. For entrepreneurial advice & services such as immigration and buying or selling your property in Canada, you can reach out to Sybu, he is just a call away: +1 647 781 9847.