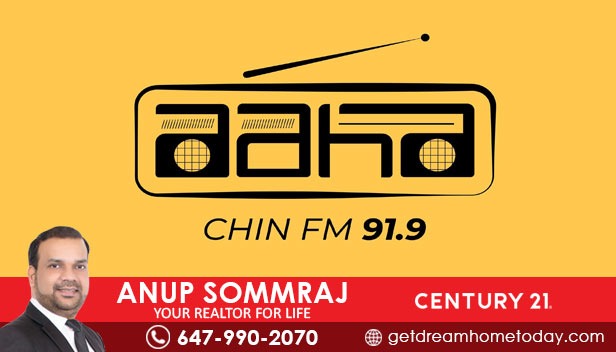 Toronto: With Aaha radio plugged in your ears or played in your car, you will feel like you are super connected to the world. Aaha radio has proved itself as Canada’s favourite South Indian Radio Station in its tenure of less than a year. The station’s novel presentation style, quirky radio jockeys, entertaining episodes and trending content have never failed to delight its audience. Aaha has made its presence across all online mediums such as web applications, social media and traditional radio channels.

The station brings a range of programs to its listeners in the most refreshing approach. Be it the best of music or podcasts or a thought-provoking interview, Aaha presents anything of your choice in the most palatable way for the audience to cherish. Aaha’s unconventional style of presentation has taken the Canadian audience by surprise and this has enabled the station to gain popularity and gain a wide range of attention among the South Indian listeners.

So if you’re going for your regular walks or jogs or just setting off on a drive in your car, Aaha can be your best companion to bust your loneliness. With Aaha you can listen to your favourite song without any hassles and relax at any time of the day. Whenever stress or the mundane hunts you down, you can make sure to unlock your car door, get inside, put your phone down and turn on the Aaha radio to ease you off in minutes. With Aaha, you can just start driving, but still, have that killer song in your head. It offers the listeners both AM & FM tuning radio channels and makes them raise their brows with a plethora of options to listen to.

Aaha Media Corporation made its inception in the early months of this year. But, this South Indian radio station has won over several hearts within a short span. After reaping an exceptional success, Aaha has now ventured into its next phase of alluring its audience with its new app. The app is forecasted to be launched on the 7th of Nov this year.

Since the radio platform is powered by giants in the technology business, they have devised a robust entertaining app available on play store for instant downloading. The app is compatible with all forms of androids and IOS and its ease of use is expected to thrill its downloaders again. The podcast is said by the makers to possess 24*7 entertainment for the listeners. It would bring round the clock music, podcasts, a broad spectrum of videos, debates, Q&A’s and more. Watch for the launch of Aaha’s new app and make sure to reserve a place for it on your phone.