Cristiano Ronaldo: The Inspirational Story of a Soccer Superstar 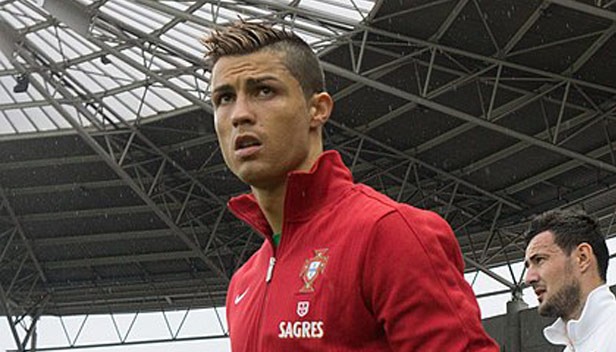 Toronto: This article will describe Ronaldo’s inspirational success story. Cristiano Ronaldo is the Portuguese European player with millions of followers. He is a forward player for the Serie A club Juventus. He is the Portugal National Team captain. It is cause for great pride that his name is included in the list of the world’s best footballers. Cristiano Ronaldo’s best playing styles are well-known. He ranks second among the world’s wealthiest and finest players. He has scored the most goals in the history of the UEFA Champions League.

In today’s society, he has become a model for many of us. When he steps onto the soccer field, his supporters begin to applaud. When Christiano Ronaldo is participating in a match, fans are ecstatic, and on certain days, booking is at capacity. The demand for Ronald’s autograph is comparable to that of a movie star. Therefore, it is easy to conclude that Christiano Ronaldo is one of the most famous people in the world and offers everyone an inspiring success story.

Cristiano Ronaldo was born in Funchal, Madeira, Portugal, on February 5, 1985. ( the small island of the western coast of the country). At the age of nine, he began his football career. Ronald Reagan was his father’s favourite actor, therefore his son was named after him.

His birth was into an impoverished family. His father was a metropolitan gardener who performed horticulture in many locations. He was raised in a predominantly working-class neighbourhood. His mother was a typical homemaker. Occasionally, she even served as a maid in royal households. He was the fourth youngest of his family’s children. His family gave him the nickname CR-7 during his first football game.

Ronaldo was often made fun of because his father cleans the locker room to generate additional money to support the family. Despite all of this, Ronaldo works tirelessly to achieve success. He was expelled from school for throwing a wooden chair at a teacher. However, his mother consistently encouraged him to pursue a career in football. Initially, he played for a Portuguese amateur squad. After a three-day trial and before to being signed for 1,500 Euros by Sporting CP, he decided not to attend the school. In order for him to focus on his football career.

Ronaldo never gave up, despite encountering numerous obstacles. His desire to play football for his country was threatened. As he suffered from an irregular heartbeat condition. Then, following surgery, he resumed his career. Even after his surgery, he was ranked among the world’s quickest sprinters. While he was playing for Manchester United in 2005, his father passed away from an alcohol-related kidney condition. His mother was diagnosed with breast cancer in 2007.

Five Ballons d’Or and four European Golden Shoes were among his accomplishments. In addition, he has won Six League Titles. Although it is impossible to list all of his accolades, some of them include Fifa World Player of the Year in 2009, World Soccer Player of the Year, the Pichichi Trophy in 2015, the FIFA Puskas Award in 2009, the Premier League Golden Boot in 2007, the Bravo Award in 2004, the Onze d’Or in 2008, and many others. In addition, he has won the UEFA Champions League Top Scorer award for more than four years.

Aside from this, he had earned a great deal of money and the people’s blessings, love, and adoration. Many football coaches use his name to inspire their players. He has also made his country proud. He is the inspiration of many Indian footballers.

What is C. RONALDO’s Inspirational Story of Success?

This inspiring hero, Christiano Ronaldo Dos Santos Aveiro, instructs us on how to overcome life’s obstacles. He also advises us that we do not have to abandon our aspirations, passions, and inventiveness due to our physical limitations. We must not give up on any endeavour in life, be it football or any other occupation. știinștiin Don’t consider potential impediments in the task at hand. Simply go compete with them. He is a living example of someone who attained success through their enthusiasm. Thus, we can confidently assert that Ronaldo’s Inspirational Success Story can inspire any of us to pursue our dreams.