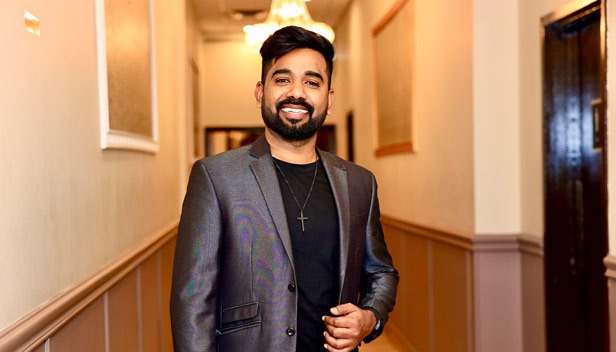 “A dream does not become reality through magic; it takes sweat, determination, and hard work” – thus is the life of Lalish Chandran, a.k.a, Lalu.

All his aspirations supported by a very balanced, yet, intense essence of determination, hard work, and implementation of talent, Lalu is now on the verge of becoming an inspiration for many people.

Lalish Chandran, a young achiever from Kerala, India, struggled a lot at the beginning of his career. Born and brought up in a middle-class family, his life wasn’t lavish enough to support passions like storytelling or creativity.

However, carrying on his traditional education culture, he kept on developing himself in different aspects of creativity. This perseverance and consistency in him his passion has now hooded him with the identity of Executive Producer and Casting Director of various award-winning short films and movies.

Let us delve deep into the life of Lalish Chandran, a.k.a, Lalu to know more about him and learn how hard work and consistency can turn the tables in the event known as Life!

Early and Family Life of Lalu

Lalu was born in Kollam, a small town in Kerala, India. His family consisted of his parents and two siblings. Lalu’s father was working as a driver for Kerala State Road Transport Corporation, whereas, his mother was a housewife.

He has an elder brother and younger sister, who are now well-settled in their respective fields. His brother is a successful chemical engineer and works in a premier organization in Kuwait. His sister is married and leading a happy and settled life in Kerala, India.

Lalu is now married and the father of a six-year-old boy. His wife works as a personal care worker for a retirement community. This makes his family close to community activities and attachments.

Lalu completed his schooling and college education from deemed and esteemed institutions in India. He is a graduate of Botany (Hons.) and completed his Master in Business Administration from curriculums of repute and global recognition.

After completing his academics, Lalu worked with many leading organizations and brands in India, Saudi Arabia, UAE, and Canada. He always had the urge and passion to settle in Canada, which was finally fulfilled in 2019, when he immigrated here.

Before moving to Canada, Lalu has been an integral part of Customer Servicing and Management teams in prominent industries like Banking, Information Technology, Retail, and Immigration. This diverse experience helped him to bag good job offers after he landed in Canada.

Similar to all newcomers, Lalu also struggled somewhat after reaching Canada. But owing to his perseverance and hard work, this streak of struggle did not last long.

We already know that Lalu has sound knowledge and experience in various domains. We should also know that he is never too selective in the terms of judging any work to be good or bad. For instance, although he holds a Master’s degree in Business Administration with a decade of experience, yet, he never hesitated to hold entry-level positions in Canadian factories. We should also note that he carried on with this job until he got settled in Canada.

Later on, he worked in the Customer Care teams of Apple and Uber in Canada, but now, he is actively engaged as a Business Analyst in one of the leading telecom companies in Canada.

How Lalu Matched his Passion with Profession?

All the professional profile of Lalu that we have known till now is completely superficial as he had to pursue that as his bread and butter. Belonging to a middle-class family, it is very difficult to live simply on your passion.

You would be very elated and rather astonished to know that along with the job profiles that he maintained responsibly, he showed the same responsibility in maintaining his passion as well.

For your information, Lalu has a great passion for scriptwriting, people interaction, and hosting shows. While in India, when he was working with leading banking companies, he worked as a news reader for 4 years on a local news channel, Karunagappally Kollam.

When in Dubai, he gave an excellent performance as a scriptwriter and director for a short film. This film was under the flagship of the Ministry of Health, Dubai, and focused on Mental Health Awareness.

After moving to Canada, Lalu worked for an online radio channel and hosted the evening session for 6 months. Henceforth in 2020, he got a big break to be part of a leading Radio station, Madhurageetham. Here, he hosts the morning show on Saturdays and Sunday special airings, “Spotlight” and “Club”.

Let us add additional information on this. When Lalu reached Canada, he applied for a job at Madhurageetham to be a Radio Jockey. As this channel caters to the requirement of the Keralite community, being from Kerala, he was fascinated by this engagement. But, owing to some unfavorable luck, he was not selected. But he consistently kept on giving efforts and lastly, got an invitation from Madhurageetham to host their premium shows a year later.

Additionally, he holds some more achievements and accomplishments.

He successfully played the role of Executive Producer for an award-winning short film, Silent Colours. Few more success feathers are going to hold themselves tight in the glorious hat of Lalish Chandran a.k.a Lalu.

He is the Casting Director of the movie, Telescope, and the Casting Assistant of the film My Life Partner. Additionally, he is the script assistant for a Malayalam movie, Roopantharam.

The movie “My Life Partner” bagged four state awards, which include the Best Actor award. Also, this movie stood Second in position on an overall basis out of all other movies nominated in Kerala. The movie “Telescope” is yet to be released, but official trailers are live on YouTube.

Passion & Goals of Lalu in a Nutshell!

Lalish Chandran, a.k.a Lalu has already started creating his impact in the Malayalam Film industry. He is on the path to gaining prominent recognition as a great script writer in the industry. That means, he is very close to his dream which circumvents his script-writing passion.

It is worth mentioning that Lalu is highly fascinated by sports. Nonetheless, he led the Northern Strikers team in a boat race and won the second prize in the event. He is very keen to be part of fun and entertainment. And, he finds these both while playing, writing, and speaking with people.

So how can this jovial personality keep himself away from his passions of show hosting and celebrity interactions? He aims to be part of Big Boss, a Malayalam reality show, and lead the house in that as well. Being a great team player and entertainer, it is very obvious that he will be able to do so. 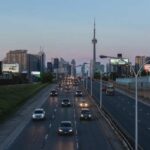 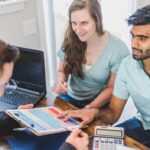