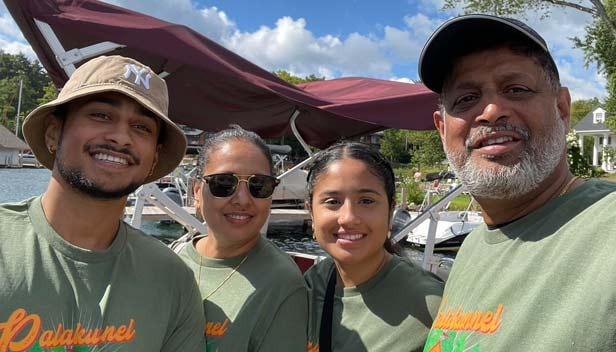 Toronto: During his initial years in Canada when he accidentally bought a packet of banana chips from a shop, that was a life changing experience for Mr. Jose Palakkunnel. Jose, who has been closely observing the eating habits of the Malayalees for a long term, realized that the chips he bought were not that tasty and fresh as usual. The growing entrepreneur inside Jose started wondering why he could not start producing Kerala-style tasty banana chips on an industrial scale in this country where a lot of green bananas are available. It was from right there the ‘MR. JOHN’S‘ brand emerged.

Initially, Jose started making chips at home with his wife. He was cutting the chips with his hands but Jose later realized that the chips made in this way were too thick and it significantly affected the taste and quality. With the help of media like YouTube, Jose began to learn how to produce quality chips on an industrial scale efficiently. Based on this knowledge, Jose purchased chips cutting and frying machinery and started small-scale production units. Jose finally succeeded in making quality chips at low cost.

Jose realized the real challenge when he tried to market the hard-produced chips. Jose was worried about not being able to find suppliers for the brand new MR. JOHN’S. But Jose, the man who had a persevering character was never ready to give up. He gained a good impression of the MR. JOHN’S brand by selling the chips he produced for a small amount to his circle of friends and acquaintances. Gradually Jose succeeded in finding suppliers for the MR. JOHN’S brand chips.

MR. JOHN’S received rave reviews from the South Indian community in Canada. When it was successfully introduced to the North Indian consumers and gaining their liking, the brand began its triumphant journey . With this, Jose woke up and worked with efforts to further expand the business. After realizing the fact that instead of green bananas ripe banana chips are very popular among Africans, Jose also launched ripe banana chips. Needless to say that it was a game changer. MR. JOHN’S eventually crossed the Sea and found its way to African and Caribbean markets. Where it became an eminent brand by surpassing the local ones.

Production became more profitable as it was realized that large quantities of green bananas could be imported from the South American country Colombia at very low prices. Subsequently, sixty percent of the production was started exporting to the US market. MR. JOHN’S became a well-known brand as it began to sell massively through chain stores and Chinese markets in Canada. Jose expanded his business to hospitality and supply chain sectors as well. When looking back, Jose proudly says that his wife Ani, daughter Joshni and son Joshua have always been behind his success. The growth of Jose Palakunnel, (affectionately called as Josettan by the Malayalee community in Canada) is something that will inspire anyone who is working round the clock for success in life. 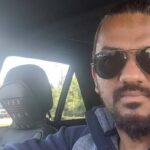