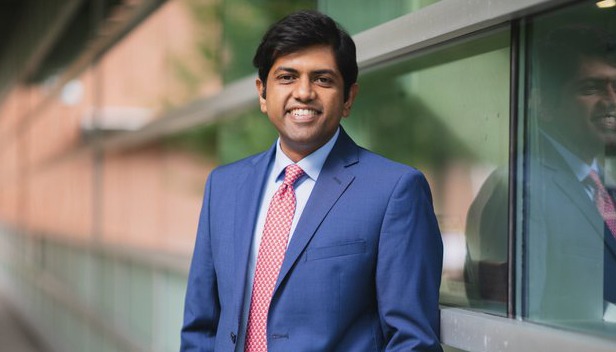 Toronto: A quarter century ago, Nigil Haroon graduated from the Government Medical College in his native city of Thiruvananthapuram and travelled 2,000 km upcountry to enroll for an MD at South Gujarat University. In 2003, he won the Masters from the prestigious institution. That marked just another milestone in Dr Haroon’s pursuit for studies in his chosen field of excellence. In fact, in 2007, he got a DM (Doctorate of Medicine) from Sanjay Gandhi Postgraduate Institute of Medical Sciences (SGPGIMS) in Lucknow.

Five years after that laurel from Uttar Pradesh, Dr Haroon completed his PhD in Medical Sciences — this time from abroad. The University of Toronto conferred him the doctorate in 2012. The thirst for knowledge didn’t stop at that, obviously. As recently as last year, Dr Haroon completed an MBA in Health and Life Sciences from the Rotman School of Business in Toronto in 2021.

The array of educational accomplishments adds to Dr Haroon’s covetable position today as the president of the Canadian Rheumatology Association. What’s more, he is President of the Association of Kerala Medical Graduates (AKMG) and the founding president of its Canada chapter. Currently, Dr Haroon is a rheumatologist, and physician-scientist at the University Health Network (UHN) and a senior scientist at the Krembil Research Institute in Toronto.

These offices epitomize the professional achievement of someone with modest beginnings as an obscure Malayali youth writing his MBBS entrance exams in 1993 and going on to make it big in his specialized area of rheumatology. Deservingly, in February 2020, Dr Haroon was honoured by the Honorable Governor of Kerala, His Excellency Arif Mohammad Khan at the Thiruvananthapuram Medical College platinum jubilee celebrations, making it a beautiful full circle in his unique career.

The icing on the cake came this month (April 2022) when he was appointed the head of the division of rheumatology at UHN and Sinai Health, one of the largest and highly prestigious rheumatology divisions in the world.

Looking back, Dr Haroon got his first decisive professional break 16 years ago. In 2006, while doing his DM at Lucknow’s SGPGIMS, the young student came out with a publication that was majorly noticed in the academic circles. Themed ‘Checking Drug Efficacy Before Starting Medications for Rheumatoid Arthitis to Avoid Side Effects’, the paper won an award, leading him to meet with Prof. Robert D. Inman of UHN. The Toronto-based expert suggested that Dr. Haroon should consider pursuing a career in Canada. This effectively heralded a meteoric rise in the career of the youngster.

Indeed, the day after his convocation for DM from SGPGIMS in January 2008, Dr Haroon landed in Toronto to start his rheumatology fellowship. Down that stint, he gave a presentation in March-April. Such was the impression it gave to his seniors that Dr Haroon was offered to stay back in the country of maple leaves. Soon he joined for PhD with University of Toronto and, along with his fellowship, completed his PhD in Medical Sciences in 2012.

A high point awaited Dr Haroon shortly after when he started three careers at the same time: Assistant Professor of Medicine and Rheumatology, University of Toronto; Clinician Scientist at UHN and Scientist, with Krembil Research Institute.

If these three simultaneous trysts aren’t enough, Dr Haroon also went to win three coveted awards. There are quite a few recognitions he bagged, but to the winner ranks three of them most valuable: Vanier Scholarship 2010-12 (100,000 Canadian dollars) by CHIR, Jane Bruckel Award 2013 (10,000 US dollars) by Spondylitis Association of America and Young Investigator Award 2016 by Canadian Rheumatology Association.

The treasures have prompted Dr Haroon to arrive at a quote he rates his favourite: Always keep personal health and family on top. Also, the health expert can seldom afford to forget his benefactors. “I am heavily indebted to Prof Inman, who created a lot of opportunities for me. Plus, much obliged to my teachers in India, including Kerala, who helped me lay a strong foundation in my subject of academic interest,” he says.

Not that his life has invariably been smooth or trouble-free. Dr Haroon, too, did face his share of struggles in life. For instance, “during the first ten years of marriage, I got just a year’s time to stay with my wife,” he notes, referring to Dr Nisha Nigil Haroon, who is currently an Associate Professor of Medicine and Endocrinology at the Northern Ontario School of Medicine. “We dedicated the first decade of our married life to our careers as we knew, both of us needed to perform and achieve our best possible to be content.” adds the doctor, who has a ten-year-old son, Farhan Nigil Haroon.

Dr Haroon managed to dilute some of the solitude in his youthful years by sustaining his hobby in photography. An intense love of nature prompted the medical practitioner to explore the charm of wildlife, often visiting forests and returning with amazing images of its animals and birds of varied species, shapes and colours. Watch Dr. Nigil’s photography here.

None of these has been at the cost of upsetting his career as a physician. “I have my advice to aspiring youngsters in the field of medicine. The first 10-20 years of your professional life, you have to put in a lot of dedicated work without taking any shortcuts. Just prioritize what is important to you and be clear about implementing them,” he points out. “There is a lot to learn in any field. Always keep an open mind and have more questions. An inquisitive mind alone leads to discovery. As a doctor, do build an open mind to patient care and be a good listener.”

So, what is Dr Haroon’s future vision? Well, he says the current phase of career is always a start of the next. “I hope to make an impact in healthcare in Canada and support my colleagues out and out. The next generation of Canadians must benefit from our continued efforts at improving the delivery of healthcare services.”

Having won several recognitions of the Spondylitis Association of America and the Canadian Rheumatology Association, Dr Haroon continues with his efforts to extensively publish research papers and books in the field. The crowning glory however is his chapter that has appeared in the latest edition of Harrison’s textbook of Internal Medicine.

Dr. Haroon’s father is an, Dr HPM Haroon Rashid, and mother is a botany teacher Mrs. Abida Haroon. Mrs. Haroon quit her career early on to take care of their kids, Dr Haroon has a brother, Dr. Nivin Haroon, who is a nephrologist in North Carolina.

From his LinkedIn profile we can see that in addition to being President of the Canadian Rheumatology Association and Chair of the Research Committee of SPARTAN, Dr Haroon has published in A-level journals such as the Annals of Internal Medicine, Annals of Rheumatic Diseases and Nature Reviews Rheumatology. These are besides having authored chapters in several textbooks. Further, Dr Haroon is the Co-Director of one of the world’s leading Spondyloarthritis programs, and runs a translational research program with a keen interest in identifying novel therapeutic targets for arthritis.

With his PhD student Dr Akihiro Nakamura, the Kerala-born expert has filed a US patent following the discovery of a novel therapeutic target for spondyloarthritis. “This study was published in the prestigious Science Translational Medicine Journal,” reveals the portal, adding that Dr Haroon also led the first international study that identified the disease modifying potential of TNF inhibitor biologic medications in patients living with ankylosing spondylitis.

As an active AKMG member who also served as its secretary, VP and President-elect, Dr Haroon was the Chair of the 39th AKMG convention held in Ottawa in 2018. He looks forward to welcoming all to the 43rd AKMG Convention to be held in Toronto in August, as the incumbent President of this highly influential organization. 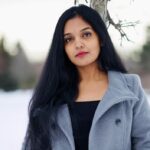 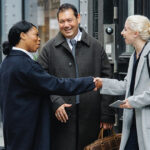