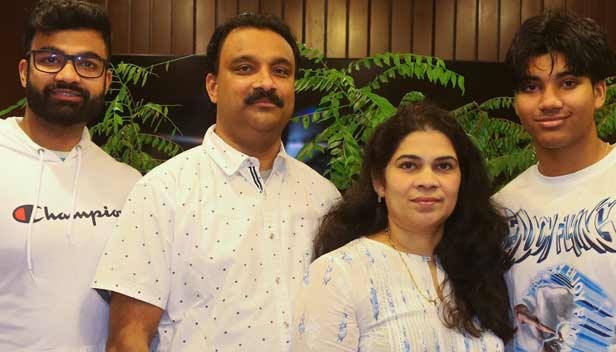 Niagara: Manoj Joseph Edamana was born and raised in a village in Kozhikode district of Kerala, a fairly happening city in India. During childhood, Manoj’s idyllic village life was enthralling, his hometown was a tiny bite of Niagara. Manoj always wanted to settle down in a place that brought the nostalgia of his hometown, the closest he could imagine both in beauty and pristine standing was Niagara-Canada.

Right from his early years, Manoj Joseph Edamana had a keen inclination towards serving people. As a person, he was articulate and could empathize with people and their concerns. With an inborn affinity towards appraising the status of people in need, he chose a degree in Social Work. Then, being more driven by fascination toward interacting with the unfortunate, he pursued his Master’s in Social Work from Nagpur University, another mid-sized city in Northern India.

In 1995, after completion of his higher education, he took a giant leap to begin his career with Church’s Auxiliary for Social Actions (CASA) in Delhi. Manoj Joseph Edamana signed for the role of a field officer, a person who could help and reach out to people in need. His commitment and dedication to his assignments sky-rocketed his growth there. He climbed the ladder to be the Assist Monitoring Officer of the institution. For the next seven years, he rendered his heart and soul in building the lives of numerous families and the underprivileged in society.

In 2003, as a family, Manoj Joseph Edamana decided to relocate to Canada as an immigrant. Manoj was married to his lovely wife, Beenamol Alex, a Registered Nurse by profession. Beenamol was also a like-minded person & her love to serve people was immense. She was a Nursing professional at the reputed AIIMS Hospital, Delhi – India. The couple with their little son landed in Toronto in 2003.

It was not easy for Manoj and Beena to fit into the professional space of Canada. Later, Beena settled into her dream job as a Registered Nurse. But Manoj Joseph Edamana went through a rollercoaster of transitioning between several jobs like being a child group home worker, child support worker and so on. Still finding the placement where he belonged was cumbersome.

In 2003, he completed his certification in Social Work but still struggled to find a dream job. While his job hunt in Canada was still going on, he got an opportunity to work for a local civic administration body in South Wales, UK. Manoj Joseph Edamana got a job as Child Protection worker with the Cwmbran County. During this period, he also completed his Diploma in Counselling.

After which Manoj and family were offered a citizenship status in the UK, but the couple preferred Niagara over Europe as it was close to their heart. As the couple were contemplating over the move, Beenamol got an opening for a job at St Catherine Hospital, Niagara Health System. So, as a family Manoj Joseph Edamana relocated to Canada again and started his career here.

His passion for serving people that took a long haul for all these years started to become a reality, while Manoj Joseph Edamana kick-started his career as a Child and family Counsellor in 2008 at the Pathstone Mental Health. This role has enabled him to support the locals as well as Indian communities who are struggling to manage their children and to keep the family intact. During this period, he also served as a behavior consultant for the Niagara Catholic School Board. In his spare time, he also worked as a financial consultant, empowering people to manage their funds resourcefully and volunteering in different community programmes.

In 2013, Manoj Joseph Edamana joined Niagara Health System as a Social Worker and gradually progressed as a Mental Health social worker cum Therapist. His children have grown into two of his pillars, Elvin is pursuing his degree with Brock University and also serving the Canadian Force and his younger son Elgin is in his final year of High School. His hard work, dedication, and the smile he brought in his clients’ life brought Niagara Health System to recognize his commitment by presenting him with the prestigious award – the Social Worker of the year 2021. Coherently, this visionary also engaged himself in several charitable and non-profit institutions.

Since 2008 he has been an active member of the Niagara Malayalee Association. In 2018, he became the President of the Niagara Malayalee Association (NMA). Even during pandemic, Manoj Joseph Edamana successfully organized the Onam Festival Celebration for the Malayalee community in Niagara and helped many newcomers to settle down in this region. The Tug-of-War contest that NMA organized under his leadership has become a super success and gave a mind-blowing experience for the participants. It provided Niagara residents a new experience and as they were introduced to the Tug-of-War game.

Based on his service to the Malayalee community and to the community, he was awarded the Niagara Falls City Volunteer Award recently for 2021. He aims to bring his community to the spotlight in all his endeavors. Manoj Joseph Edamana believes in giving back to the society by organizing food drives for community organizations and by conducting organ donation programs. His availability to the needs of the community is commendable by all. He is also a very accessible person at any moment of the day.

Few of the other charitable works of Manoj Joseph Edamana include, the provision of Covid Food Kit to new arrival students and blood donations by liaising with Canadian Blood Services. He currently is the National Council member of FOKANA, National Secretary of NFMAC, Niagara Regional Coordinator for Ontario Heroes Health & Social Services.

Manoj Joseph Edamana is also a very successful entrepreneur, who owns a grocery outlet called ‘Malabar Black Pepper Grocery & Sweets’. He also owns one of the popular restaurants in Niagara named ‘Kerala Cuisine’. His entrepreneurial acumen is not limited to Retail and Hospitality, but also ventures into real estate and property management through Edamana Enterprises since 2014.

Manoj Joseph Edamana is typically the prototype for the saying: To be the best, persist through the worst. Success is achieved not by magic but by a sweet mixture of sweat, determination and persistence. He is also a passionate traveler who loves to explore new ventures and believes in living life to the fullest. Manoj has shown the world the true definition of reaching new milestones through hard work. Manoj Edamana’s aspiration for life endures as per Robert Frost’s popular masterpieces, ‘Stopping by Woods on a Snowy Evening’ that quotes, “Miles to go before I sleep, And miles to go before I sleep”. 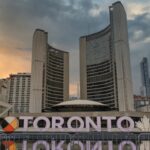 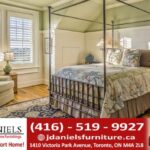