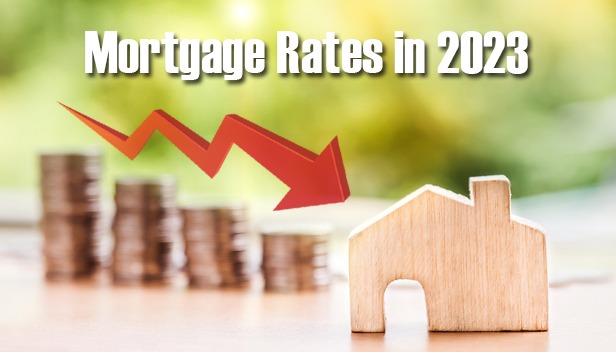 Many market factors are now intervening in the flow of the Canadian economy for the last few years. The inclusion of new tax laws, inflation issues, and government policies bringing change in immigration trends in Canada are some of the vital ones. So, are these ongoing disruptions going to cast their spell on the mortgage rates for homeowners in Canada in 2023? This article will be able to explain the outcome.

Trends in Mortgage Rates in Canada since 2008

It’s crucial to consider previous trends in order to estimate mortgage rates more accurately. The economy was able to rebound from the great recession of 2008 after needing bailouts and stimulus to keep operating. After the 2008 recession, there was very little GDP growth for more than ten years, which led to low-interest rates. Due to COVID, there was a similar economic bailout from 2020 to 2023. Nevertheless, the stimulus this time was much more significant, with almost 40% of all dollars ever created between 2020 and 2022. As the economy stabilizes, inflation rises dramatically as a result of the disruption of the supply chains and the economy, the difficulty in resuming these supply routes, and the conflict in Ukraine.

The use of even more inexpensive debt to boost the economy can become dependent on considerable additional government debt when it pairs with existing debt, according to historical tendencies. This may cause long-term economic stagnation and intensify the impact of rising rates. Today’s economy has five times as much debt as the economies of the 1980s and 1990s, even adjusted for inflation, so a 0.25 percent rate increase can have a far bigger impact than it would have back then when debt levels were much lower. In the 1980s, rates jumped by a factor of two when they went from 10% to 20%. However, the rate increase in 2022–2023, from 0.25% to 4.50%, was essentially a 16x rate increase, which will have a substantial impact on the economy.

Inflation will likely slow down in 2023, halting the sharp rise in interest rates due to the record-high inflation.

Inference from the Trend of Mortgage Rates in Canada

At this time, the market anticipates that rates will start to drop in the second half of 2023. Every bank currently charges higher rates for 1 or 2-year periods (compared to 5-year terms), and a negative yield curve for bond yields also supports this. The first-rate decrease often happens during a recession 18 to 24 months after the original rate increase. Given that the initial increase began in March, the prospective first-rate down would be expected to occur in the fall of 2023. Although this rate reduction (predicted at 25 bps) wouldn’t be substantial, it would nonetheless be a pleasant comfort for homeowners who are already under extreme financial strain. People will then also be psychological.

Future expectations of monetary policy will then psychologically affect people, which should encourage many people who have been on the sidelines to return to the real estate market in Canada in 2023.

Variable and Fixed Mortgage Rates in Canada in 2023

According to mortgage advisory experts, fixed rates would likely fall to the low fours on five-year periods by the end of 2023. Additionally, in the second half of 2023, they expect the Bank of Canada to cut its overnight lending rate, which will result in lower variable rates.

Variable Rates: Since the Bank of Canada may lower its overnight rate by 0.50% in the second half of 2023, variable rates ought to start to decline modestly this year.

Fixed Rates: The predicted decrease in 5-year bond yields of roughly 0.75% should also be reflected in 5-year fixed rates.

With the exception that your payment could change at any time if the bank’s prime rate changes, the methods for a variable rate are essentially the same as those for a fixed rate (up or down). Because of this, future income increases and refinancing are less likely to be important if your payments change significantly soon.

One thing to keep in mind is that with a variable-rate mortgage, the majority of lenders allow you to lock in a fixed rate at any point throughout the mortgage term without incurring any fees. If rates move in a direction that was mostly unanticipated, at least this alternative permits you to lock in a payment.

To get a closer perspective on the mortgage rates in Canada in 2023, let us go through the opinion of the leading banks in Canada. Nevertheless, these banks are the primary lenders as well in the segment.

According to CIBC Economics, the Bank of Canada seems to be searching for signs that the labor market is deteriorating as proof that supply and demand are once again aligning. The evidence that policymakers need to stop another interest rate increase in 2023 should be another tiny step in that direction in December and a gradual increase in the unemployment rate throughout 2023.

According to CIBC analysts, the Bank of Canada will raise overnight rates to 4.25% and keep them there through 2023, which will reduce demand and enable inflation to end the following year close to its 2% target. As the market begins to factor in a moderate lowering in central bank policy rates in 2024 and anticipates that inflation will be under control, long-term interest rates in Canada and the U.S. may be at lower levels at the end of 2023.

According to RBC Economics, the BoC is now free to pause at the current overnight rate of 4.25% as the delayed effects of interest rate hikes to date have slowed economic growth. This is because the BoC raised interest rates by 50 basis points at its meeting in December.

RBC Capital Markets predicts that numerous additional interest rate increases will take place in 2023 in order to stabilize prices and gradually lower inflation to 2%. According to 17 Federal Reserve employees who serve on the monetary policy committee, the Fed’s target interest rates would need to rise by around 5% in 2023 and might even push prime rates much over 7%. The projections indicate that the Bank of Canada would have levels comparable to those of the Fed. Therefore, Canadian borrowers may face issues if their banks need to support the risks for long-term lending in the U.S. bond market.

According to TD Economics, the overnight rate would peak at 4.5% in the first quarter of 2023. Further, it will drop to neutral levels by the end of the year and then rise to 2% by 2025. Additionally, short and long-term bond rates will decrease as per expectations. It will be due to policy rate reductions rising due to the deteriorating economic environment.

Our study leads us to assume that the rate hikes are almost finished. If you want a fixed payment and you’re willing to lock in a higher interest rate, please talk to professional advisors to find out what’s best for you. Fixed rates are currently about 50 basis points more than your current rate.

You can also check with your lender to see if there is a possibility of extending your amortization. Note that, this could result in reduced payments. This could be a way to lower your mortgage payments if you bought your home at least two years ago.

Fortunately, bond yields have begun to decline, and banks are anticipated to decrease their mortgage rates. This implies that the discomfort associated with renewal should diminish as the anticipated rise at renewal begins to narrow.

What is the longest amortization term for mortgages in Canada?

Did COVID-19 affect the mortgage interest rate in Canada?

The global and Canadian economies were significantly impacted by the COVID-19 epidemic. The global supply chain was halted, resulting in mass layoffs and the closure of numerous firms. Currently, Canadian consumers are demanding more products and services than the country’s economy can supply, which is fueling inflation. The Bank of Canada increased its policy interest rate three times in a row to combat inflation. This was done by adding 125 basis points to the increase from March to the end of June 2022.

What is Floating Interest Rates for Mortgages in Canada?

Throughout your mortgage loan term, a floating interest rate (also known as an adjustable or variable rate) will fluctuate. This is typically correlated with several economic indices, such as the prime rate. Depending on changes to your reference rate, your loan will “float” up or down (usually prime rate). For instance, if your mortgage had a rate of Prime+1.00%, your interest rate would move with the prime rate. Your payments, amortization, or both may be affected by this.

How do mortgage rates change in Canada?

On eight predetermined days each year, the Bank of Canada sets the overnight interest rate. At each of these dates, the rate may increase, decrease, or remain the same.

How can I find a good mortgage deal in Canada in 2023?

To obtain a mortgage, you must make regular monthly payments to pay off the principal and interest on the loan. The largest expense you will have to pay for a mortgage is the interest. A good mortgage agreement will have a lower interest rate and simple repayment terms.
To estimate the cost of the loan, examine the rates and other terms provided by various lenders. You’ll discover that most lenders provide pretty much the same fundamental terms if you do this. This is due to the fact that the government has somewhat regulated them all. However, there may be substantial variations in the number of additional fees. Additionally, there are closing costs, prepayment fees, appraisal costs, and legal fees. Stay updated by regularly visiting our Canadian real estate and mortgage columns. 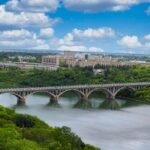 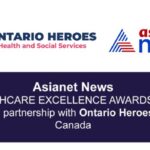